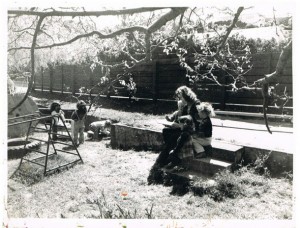 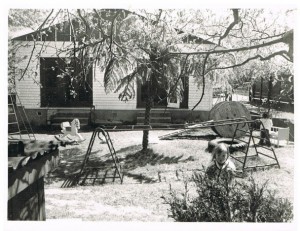 Carrigane Childcare was established at 31 Bassett Rd, Johnsonville in April 1967, in response to a need for a pre-school centre providing quality care for children of working mothers. It was owned and operated by Joan Prior, a primary school teacher with experience in nursery schools in England.

An early commitment to quality staff was reflected in the appointment of an English trained Nursery Nurse (NNEB) and a Karitane Nurse to work with the owner from when the centre opened.

During its first weeks of operation it soon became evident there were other needs in the community to be met. An early advertisement stressing the structured learning component of the children’s day brought many enquires from parents whose children were unable to attend kindergarten until well over four years, owing to the lack of facilities in a fast growing residential area.

Numbers of children attending the centre grew and an adjoining building (29 Bassett Rd) was purchased to house the provision of full time and casual care, while the original centre was used as a private kindergarten running five morning and four afternoon sessions.

The centre at that time was therefore meeting the following needs in the area:

By this time about 100 children a week were attending the centre, coming from a wide area.

As new kindergartens opened in the district the need for a private kindergarten lessened and the original centre closed, leaving all activities concentrated at 29 Bassett Road, At this stage the centre was licensed for 20 children over 2 years old and 4 under 2 years old.

In August 1993 a further adjoining building was purchased (27 Bassett Road) due to the increased demand for care for children aged under two.

The provision of a quality programme for the early education of the children in our care has always been a priority in the centre with a focus on well qualified staff and staff ratios.

The centre is still owned and operated by the Prior family, with Joan’s daughter Fran taking over the managing of the centre in 2002, Fran is still the current manager today.